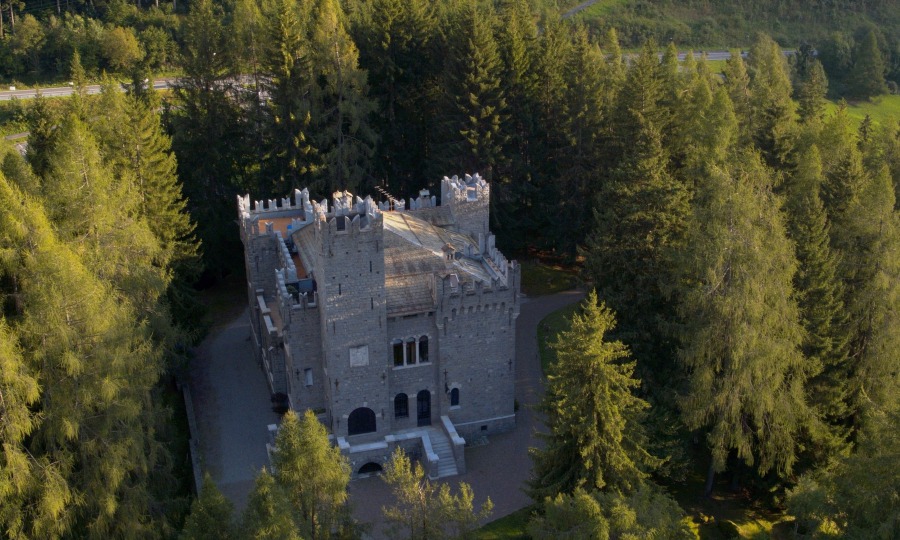 The Castelpoggio castle (or “Poia castle”, from the name of the hamlet where it’s located) with its granite walls is one of Ponte di Legno more typical buildings; built in the first half of the XX century by the count Zanchi, currently houses a series of apartments. Several politics and sport celebrities have resided in its halls. 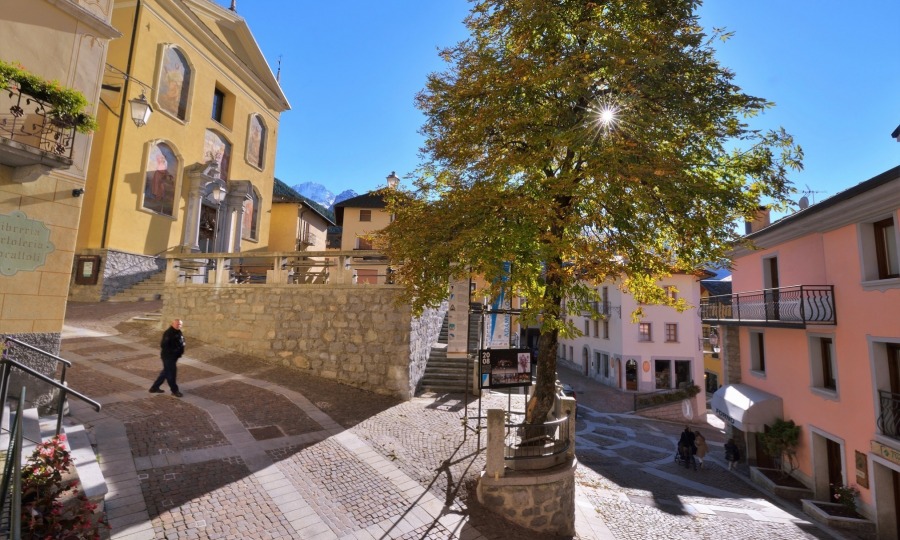 The Holy Trinity church, built at the end of the XVI century, is a fulgid example of devotional art in the northern Val Camonica: paintings and frescoes are mixed with fine wooden craftmanship tipical of the alpine area, for a sublime ensemble. Of particular value are the main altar and the organ - dating back to the XVIII century. The roof, burned during the Austro-Hungarian shelling of Ponte di Legno in 1917, has been restored during the 1970s. 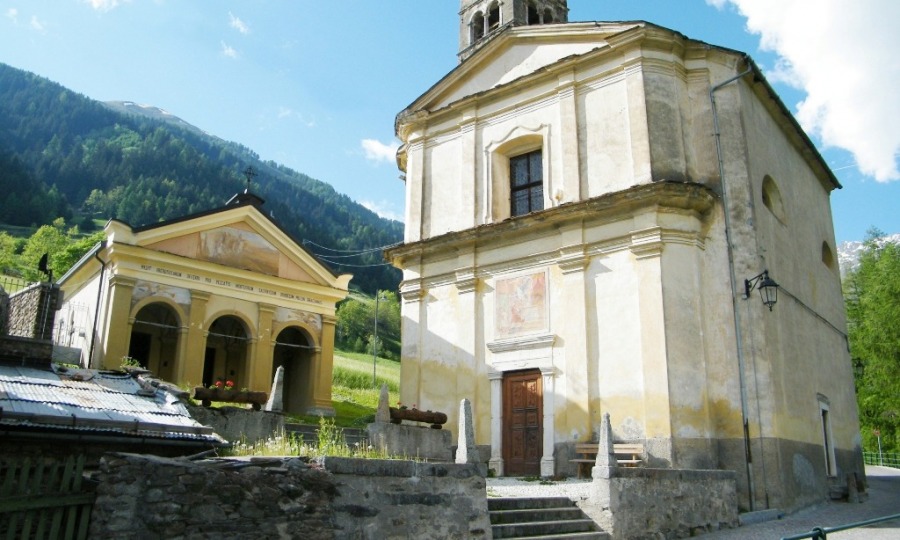 Built by the local population, it’s a building unique in the area, primarily because of the human skulls preserved inside. According to the legend, the skulls are those of a group of pious Zoanno’s men that died in Milan during the '600 pestilence: while their bones were being carried back, the bells started ringing by themselves. The fact led the townfolks to build an ossuary, transformed in a chapel during the XIX century by a local priest, don Balardini. 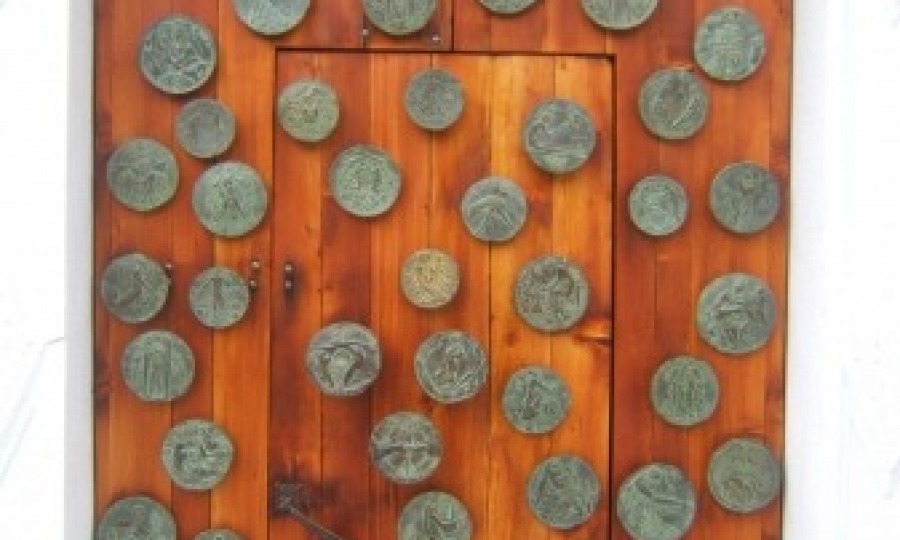 Walking through the hamlet of Poia you may see some bronze medallions fixed to the church’s doors: are some of the works created by Ettore Calvelli for his adoptive community.
Bronze sculptor of international renown, he collaborated with FAO and ONU and his works are exhibited at the Vatican Museums and in various city in Italy; he directed for a long time the local parochial museum of sacred art, where are visible some of his brozes. 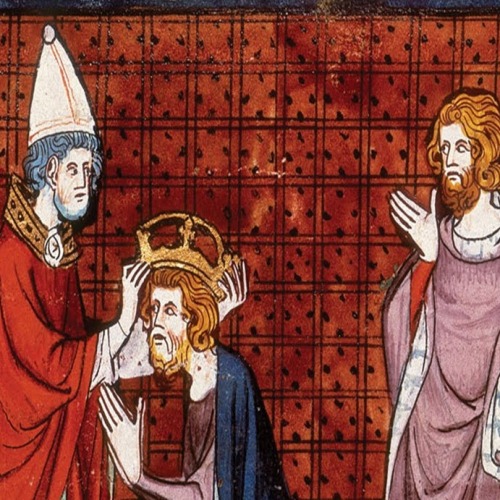 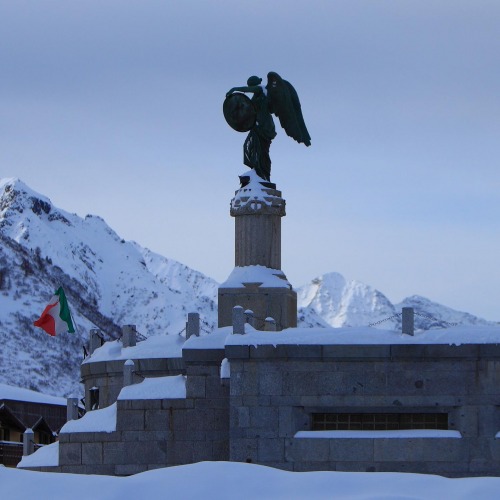 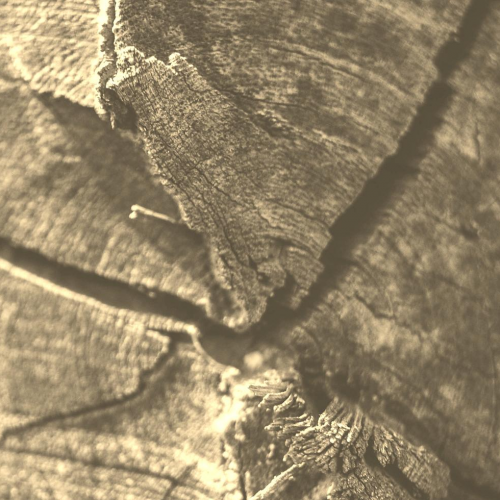 Vai
Where to sleep
Where to eat
Shopping